The latest inventory data and oil drilling investors speculated that lasted nearly two years of global oversupply situationmay be approaching a turning point. Affected by this, in trading on the 8th, the international oil prices rose sharply.

Two data encouraged investor sentiment, coupled with major oil producers meeting in Doha this weekend, on hopesagreement can be reached freezing capacity. As of 8 closing, both in New York and London commodity exchanges in recent months, crude oil futures prices jumped more than 6%. Last week, both have reached the cumulative increase of about 8% for the March 4th largest since the week. 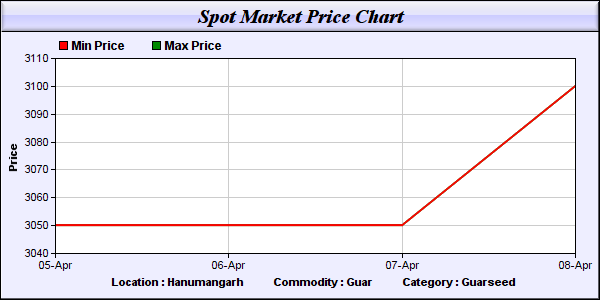 In addition,  guar gum prices in 2015-2016 fell by more than 50%, exports fell 57% in Rajasthan, Haryana and Gujarat,many planted guar farmers may turn to other crops such as cotton and peanuts, the person estimated this year's acreagemay drop 44.44%, to about 250thousand hectares. Industry personnel generally hope the current downturn can change.

Previous: WHAT IS CALLED GUAR GUM?